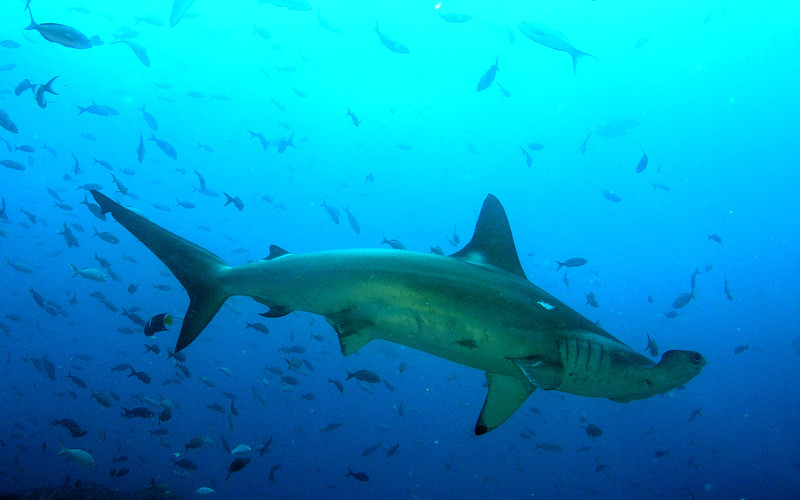 Even if you struggle to keep various species of sharks clear in your mind from the rest, this is one that you will easily remember. They have the unique shaped head that has made them such a fascinating to experts as well as to the general public. There is no other species of shark out there compared to the look of the Hammerhead Shark.

As mentioned, this species of shark has a head that is wide like the head of a hammer and then a long handle as it goes back to the rest of the body. This shape is actually appropriately called cephalofoil. This shape allows them to have excellent sensory receptors, to easily manipulate their prey, and for them to move around in the water with ease.

There are several subspecies of them, and they can dramatically vary in size. Some of them are only 3 feet long and others can grow to a size of up to 20 feet long. They can also vary a great deal in weight from 500 pounds up to 1,000 pounds. Both location and their food sources also influence the overall size of Hammerhead Sharks.

They feature a light gray color but if you pay close attention to them you will also see a green-colored tint as well. They have a white belly so that they can easily sneak up on their prey in the water. It is believed that they have better vision than other species of sharks due to the shape of the head and location of their eyes. They have a 360-degree vision so that they can see above and below them in the water at the same time.

They also rely on their electro receptor sensors so that they can feel vibrations and movements in the water. This makes it very simple for them to find prey even if it is barely moving in the water. Their mouths seem to be very small in proportion to their heads. 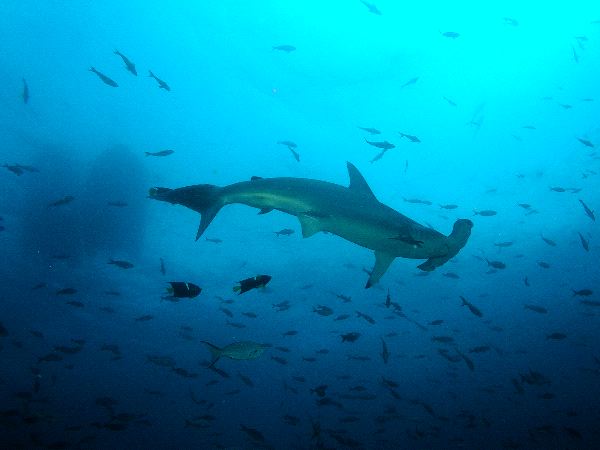 Hammerhead Sharks are found in many bodies of water around the world that are warm. They tend to live the most often through the continental shelves and the coastlines. Large numbers of them have been identified around Cocos Island close to Costa Rica and Molokai Island close to Hawaii. There are also many of them around both Eastern and Southern Africa.

During the summer months, the Hammerhead Shark migrates in very large numbers. They do so in order to find cooler waters where they will stay for the hotter period of the year. This is also when a great deal of the mating will occur and the migration allows them to find the greatest genetic pool to select from.

While most species of sharks are loners, the Hammerhead Sharks swim in schools during the daylight hours. These schools can have up to 100 members in them. At night time though they go to find food and they do that on their own. It is believed they spend time together during the day for protection but also that they enjoy socializing to some degree as well.

They aren’t known to attack humans, but they will do so if they are provoked and feel that they must do so in order for their own protection. This is especially true of females that are about to give birth. They aren’t territorial but they are instinctively going to do what they can to protect their needs.

Due to the ability to pick up movements in the water, they have very little trouble finding their prey. This combined with how well they blend into their surroundings and their ability to see and they are able to get food without wasting energy. They do eat large amounts of food every day and will consume all that they can find readily available. They are nocturnal which means they do their feeding at night.

Their diet consists of quite a variety of products. They include octopus, fish, squid, stingrays, crustaceans, and small sharks including baby Hammerhead Sharks. They tend to look for their food at the bottom of the water and they are very good predators. They use their head to pin down some prey such as stingrays. They consume their prey while it is in shock and unable to move. In some instances when food is very hard to find, the females have been known to consume their own offspring.

Many experts agree that this species so shark has the greatest advantage over other species due to the shape of the head and their eyesight. This could be a prime reason why they aren’t as at risk of dropping numbers as many other species. 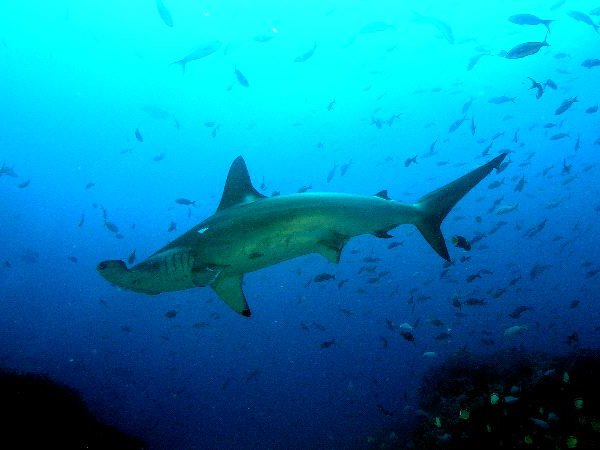 The rituals for mating may seem harsh from our point of view as the males fiercely bite the females. However, the females have very thick skin so they aren’t in pain from those bites. Still, many of the older females do have plenty of bite marks on their bodies from this process. Mating occurs annually for the Hammerhead Sharks and that helps them with increasing their numbers. Many other species of sharks reproduce at a much slower rate.

The females are in control over mating, and will often eventually give in to the advances of the male. However, she can decide to make him go away and wait for another male to mate with. These rituals can take hours though for the female to decide one way or the other.

The females give birth to live young, but they are left to take care of their own needs as soon as they are born. The litter can have from 12 to 15 pups in it but there is one species that can have up to 40 at a time. The young depend on the safety in numbers and swim as a group towards warm water. As they get older and larger they will start to separate.