There are several species of sharks with the great danger of become extinct if they are not conserved properly.
Read More…

Sharks are a large group of fish that have inhabited the oceans for over 400 million years, even before dinosaurs populated our planet. They belong to the superorder Selachimorpha, and modern sharks have specific characteristics like a cartilaginous skeleton, five or six pairs of gills and several rows of teeth.

Ancient Sharks lived before land vertebrates populated the Earth and even before many plant species developed on continents. While they were very different from those found today, sharks have been on this planet for a long time.

The shark species as we know them have been around for 100 million years; this means that they were dwelling the oceans when dinosaurs were roaming the land. This record-breaking survival cannot be anything but astonishing, developing an anatomy during this time which only has improved over those million years of evolution.

These unique animals cause all kind of human feelings: fear, awe, curiosity, respect and love. They have been widely represented in the popular culture as ruthless predators, which is the main reason why they cause all these different reactions. However, the truth is pretty different. Sharks are complex and fascinating creatures, which are distant from the general representation. Even more, many species are docile and harmless.

Learning about the world of sharks, knowing their features, discovering their secrets, and recognizing their importance in our world is the first step to their conservation. When most people think about sharks, they have a mental picture of a deadly predator. However, sharks are far more than this and play a vital role in the oceans and nature.

Some shark fossils discovered date back as far as 420-450 million years.

Their evolution has produced several species with different sizes, anatomies, habits and behaviors.

Their classification according to the features such as the fin types, spine, snout and body shape determine the genus and family of each species. For example, the great white shark has the mouth behind its eyes and a large dorsal fin by the middle of its body and a second dorsal fin behind. An angel shark, on the other hand, has a couple of fins in the dorsal area near the tail and a flat nose with the mouth underneath.

The evolutionary features of sharks, not only defined their look but also the adaptations they have to survive in the wild. There are three types of sharks according to the place they live which is closely related to the form and functions of their body. Some sharks dwell at the surface of the ocean and move slowly, other sharks inhabit the pelagic zone and have amazing swimming capabilities and some others stay at the seafloor, in the benthic zone, and move slowly searching for food on the sea floor.

According to those areas where sharks live, there are also specific ways of surviving. Therefore in each of these parts, the prey behave in different ways which led to the developing of the hunting skills that they acquired.

Sharks are 470 species belonging to the superorder Selachimorpha. The scientific classification of all sharks is as follows:

The classification continues with eight orders, organized in 37 families which include all the species. Let’s take a closer look at each of these eight orders and the families that belong to each of them:

This classification includes the most primitive sharks, those with six or seven gill slits, a dorsal fin, and lack of nictitating membranes in their eyes.

This order includes sharks with a wide flat body and pectoral fins, characteristics that make them similar to rays.

The species belonging to this order have a long snout and serrated teeth.

It is an order of small sized species with spikes on the front part of their dorsal fins.

The species that belong to this order are also called carpet sharks and have two dorsal fins without spines, and some species feature patterns decorating their skin. 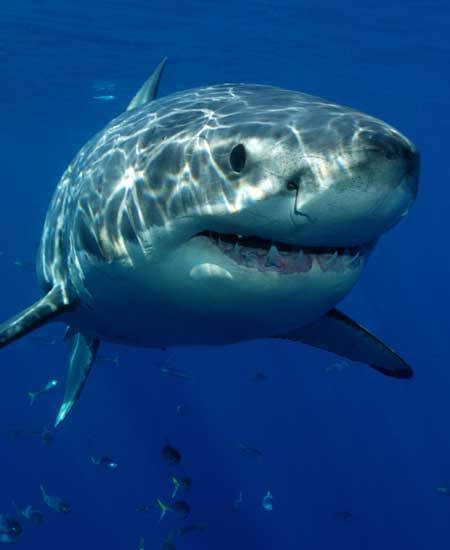 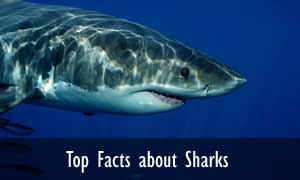 1. Sharks are fish. As fish, they are able to breathe underwater.

2. Sharks have cartilaginous skeleton, instead of a heavy bony skeleton like land animals. 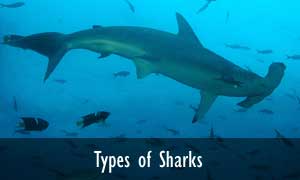 While there are ferocious species like the great white, there are gentle giants like the whale shark. Facts about some of the best known species… 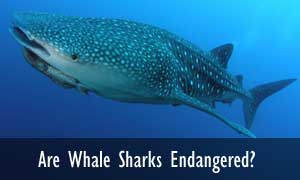 Some of the most frequently asked questions about sharks. Why are whale sharks endangered?

MYTHS ABOUT SHARKS YOU SHOULD DISMISS

People think of sharks as ruthless predators that will attack humans at first sight. However, this myth is not accurate. In fact, according to the international shark attack file since 1581 there have been 828 unprovoked attacks so far, resulting in 160 casualties, meaning that there were less than two attacks on average each year. However, it is evident that not all attacks are registered. To have a better idea, during 2015 there were 98 unprovoked shark attacks which resulted in 6 deaths. Contrary to popular belief, only 34 shark species are involved in such attacks and therefore are dangerous to humans, among them, the tiger shark, the bull shark or the great white shark.

The concept of sharks, as “man-eaters” lurking beneath the legs of any swimmer that goes into the ocean, remains in our minds despite the time, but it is wrong. Dismisses this idea!

Sharks are not vicious creatures looking that you become their next meal, nor they are always searching for people. Attacks on humans are extremely rare, reaching on average of ten deaths by year, and only 34 species have ever attacked a human. To have a fair perspective, the men’s best friend, the dog, kills nearly 25,000 people annually, around the world.

Other popular myths to dismiss are:

1. Sharks are predators that feed on animals such as fish, seals, and whales.

Partially right, but remember that not all sharks eat large animals. Some, like whale sharks and megamouth sharks, feed on plankton. In these cases, teeth are small and not used to consume or catch their food.

2. All sharks are large and have very sharp teeth.

Among the large variety of species, there are many with an anatomy different than the torpedo-shaped body and huge teeth like the great white shark. Many have a small, thin or elongated body, with tiny teeth.

3. Products made with shark fins are healthy and have medicinal and aphrodisiac properties.

There is no scientific evidence supporting this myth. In fact, the unrestricted capture of sharks to get their fins is a big problem for shark conservation. 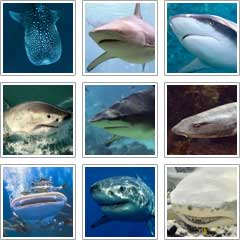