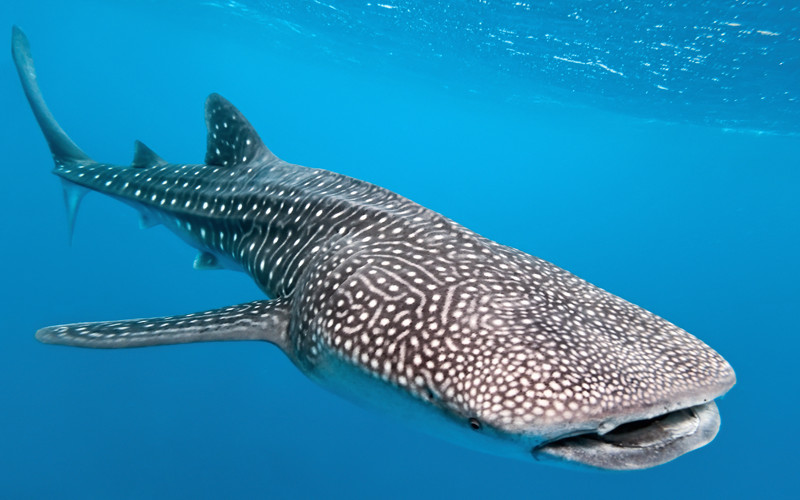 Due to wrong publicity, sharks have a bad reputation. However, as you learn their main facts, you will appreciate them for what they are.

Sharks spend their entire lives in the ocean doing all they can to survive, and they have performed this task quite well.

There is a lot of information, curiosities, and relevant data about sharks available that worth knowing. Anyone who wants to discover more than “the shark is a ferocious marine animal,” must know these ten quick facts:

Sharks don’t need to reach the surface to breathe like some marine mammals. Like any other fish, they rely upon their gills to allow them to breathe while underwater. Instead of surfacing to breathe, they use their gills to get oxygen from the water.

There is evidence that sharks have been on Earth for more than 420 million years; this means that they were dwelling the oceans when dinosaurs ruled on land.

3. Sharks inhabit all the waters of the world

Believe it or not, sharks can live in all oceans and often prefer the areas near the coast.

4. Sharks have a cartilaginous skeleton

Instead of bones, the skeleton of sharks is composed of cartilage, a flexible, robust and less dense substance. They are Chondrichthyes.

Shark skeleton material is not strong, dense bones like terrestrial vertebrates. Instead, they have skeletons made of cartilage, a flexible and lighter tissue which is also considered bone but gives sharks the speed underwater and the flexibility they need to be the dominant predators they are.

This organ is the one that regulates buoyancy in many marine animals. Therefore many sharks have to swim constantly to avoid sinking. Sometimes they rest on the bottom of the ocean.

6. There are about 470 species of sharks

These 470 shark species, classified in 8 orders and 37 families.

7. Some species of sharks have photophores

They are organs that emit light, used mainly as bait to attract prey.

8. Not all sharks are big

There are some truly small species, which have a length up to 20 centimeters.

But when one falls, another replaces it. Shark Teeth are very Dynamic.
The teeth of a shark are in consecutive long rows. When they lose one tooth, a new one from the back row come forward to fill the slot; this continues for their entire lives. Sharks can grow more than 30,000 teeth in a lifetime.

They can move the upper and lower jaws being one of the most potent in the world.

10. Sharks have a very keen sense of smell

It is so sharp that they can detect a drop of blood in the water several miles away.

11. The blood of the sharks has a high urea content

Apparently, this is an adaptation to salt water, initiated from freshwater ancestors.

Sharks can rapidly adapt to new environments when looking for food. The Bull Shark, for example, can live in freshwater and saltwater areas.

13. Some Sharks have an impressive Life Span

The Spiny Dogfish Shark can live more than 100 years; this is exceptional when you consider that the average lifespan of most species is 20 years.

14. Sharks are not only ferocious predators

Extensive testing shows that sharks are intelligent creatures. They have problem-solving skills. They are also very curious about their environment.

Shark brains do not have a rounded shape like human brains; they are long and narrow-shaped. 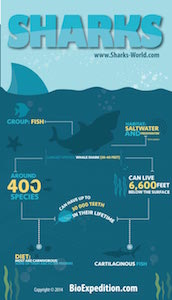 While most sharks hunt alone, some species work together to catch prey or to move it to a convenient location for feeding.

Sharks sleep, but they do it with their eyes open. Only one side of the brain sleeps at a time so that they can continue the breathing cycle while they rest.

17. Sharks have a bad reputation

Less than 100 people are victims of unprovoked attacks by sharks annually with about 10% of them resulting in deaths. Only 34 species of sharks from the 470 are responsible for such attacks. Therefore most shark species have never attacked a human.

18. Some Shark Species are Endangered

Many species of sharks have a status of endangered due to illegal killing.

Besides, many sharks die by developing several forms of cancer.

19. The Shark Skin has been vital for its Survival

The skin of sharks is very rough to give them protection from other animals including other sharks; this is why shark skin was once used as sand paper.

Whale shark skin can be up to 10 cm thick.

Sharks are opportunistic when it comes to finding food. They will even eat each other if they can’t find anything else to feed on.

Depending on the species of shark, the young which are called pups may be:

They born alive and feed on their mother (Viviparity).

They grow from an egg developed inside their mother, but feed on the yolk sac and then they born alive (Ovoviviparity).

The mother lays the eggs, and the pups born from that egg, (Oviparity)

Some species of shark only have one pup at a time. Others can have more than 100 at a time.

Sharks do not take care of their young. The young pups are on their own from the moment they are born.