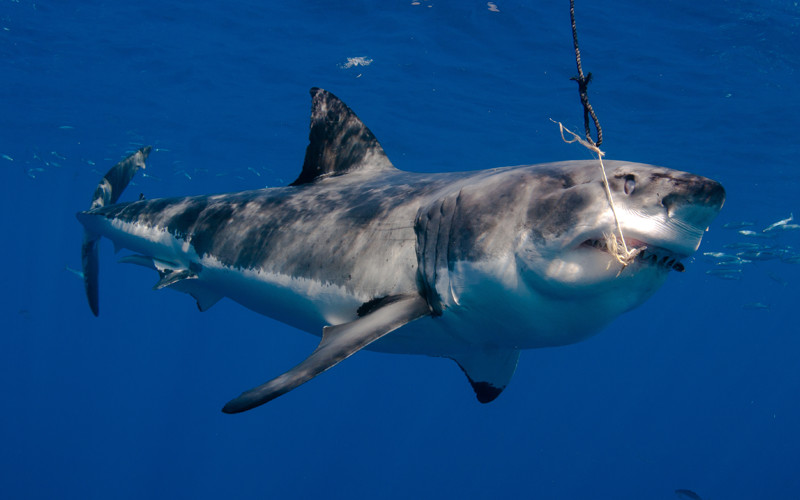 For thousands of years, sharks have been considered to be highly protein food, with great commercial and even recreational value. Shark fishing is a very popular activity around the world, for various purposes. Unfortunately, the practice endangers the survival of species when it is not done sustainably.

Each year, humans kill around 100 million sharks in commercial and recreational activities, including the infamous “shark finning.” In the past, people believed that they were not animals that need to be considered for protection and conservation since they were not appreciated compared to other animals and they were not economically important. However, this conception has been changing given the reduction of populations and the increasing demand for products made with their bodies.

Commercial hunting.
Several parts of shark bodies have high demand in the market, since they are highly priced, and sometimes they even reach exorbitant prices. Therefore fishers are interested in catching them.

As food.
Shark meat has been food for humans for many years. It is common in the diet of many people, but it is possible that some do not know that the fish they eat is a shark.

In Europe, North America, and South America you can get shark meat in some supermarkets as if it were fruit. This trend started because people began considering fish an alternative to pork, beef or chicken. In Australia, it is common to eat shark steaks and in many parts of Asia, eating shark is like eating chicken in America. Often their meat is considered a real delicacy.

Getting their fins.
“Shark finning” is a common but infamous practice for killing sharks. It consists of cutting only the fins of sharks on the open ocean and throwing the rest of the body with the possibility that the sharks die bled or attacked by other marine animals.

In Asia, there is a high demand for shark fins because they prepare a wrongly called “miracle” and very costly soup, which is common at banquets. The situation is severe, because although there are laws that prohibit the practice, millions of sharks are killed every year. And just for preparing a plate soup, that does not ensure its effectiveness.

Getting their skin and their oil.
Shark skin is a material used to make articles and clothing. The impact of fishing for this has not been assessed but could be a danger too. On the other hand, the oil from the liver of the animal, called squalene, has been used as a lubricant and as a raw material for cosmetics and medicines. The negative fact: 3,000 sharks are needed to produce 1 ton of squalane.

Obtaining their cartilage.
Products made with shark cartilage are getting popular as medicines or treatments in the form of capsules or powder, useful for treating various diseases in joints. Again, there is no scientific evidence for such affirmation. 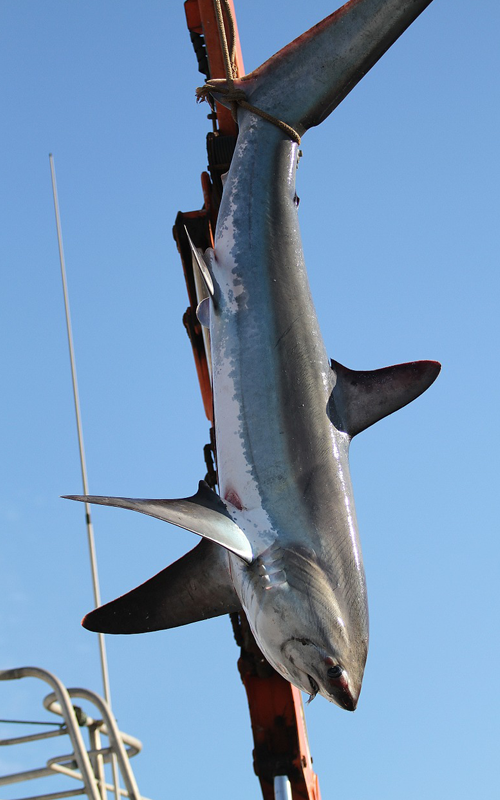 Bycatch.
Sometimes fishermen do not intend to catch sharks, but they do not take proper actions to avoid catching them as they may get trapped in trawl nets or longline hooks. This practice is one of the main threats to sharks and represents a significant percentage of the number of dead animals.

Recreational fishing.
This activity has no useful purpose, more than entertainment. It is labeled as a sports fishing or fishing tournaments. In the United States alone, in 2011, about 2.7 million sharks were hunted under recreational activities.

Excessive fishing results in a significant problem to an endangered species. The high demand for the products made with the parts of shark bodies increases the frequency of catching them and when the amount of sharks gotten are few, the price increases. It becomes a kind of vicious circle that affects the environment of sharks but also that of human beings because sharks play a significant role in the food chain and their existence provides many advantages to the environment.

Fishing has been common practice for many years, but the problem is overfishing and unsustainable. However, the situation has ignited the alarm bells of environmentalists, organizations and animal advocates, who strive to improve the living conditions of sharks.

In many countries, it is legal to kill sharks, and in some others, the practice continues even though it is against the law. The thrill of hunting large sharks is one that many people seek.