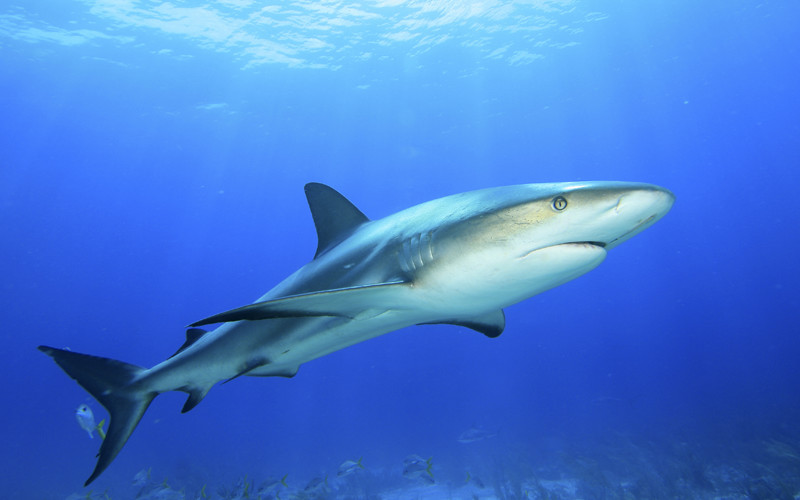 The effects of the global warming affect the air, the land and the water of the planet. Its effects do not discriminate areas nor animal species, even if they are large sharks.

Global warming is a controversial phenomenon. Many scientists argue that the devastating effects it will cause in the future are already affecting the planet, but others do not entirely agree. However, regardless the cause, the increase in temperature over the last few years has negatively affected the habitat of sharks and endangers their lives.

The relationship between global warming and sharks is indirect but real. The rise in sea level occurs when the water heats up above 4 ° centigrade and as the temperature of the air increases, that of the water also, which causes the water to expand and increase its volume.

This may not seem too dangerous to sharks, right? But what happens when the ice caps and glaciers melt? Well, large amounts of fresh water mix with the salt water of the oceans. This change in the salinity can cause an imbalance in the delicate physiology of fish, as few can tolerate fresh water.

The seas and oceans absorb much of the carbon dioxide emitted into the atmosphere. Consequence: acidification of water that changes its normal PH level and prevents the formation and growth of many marine organisms, such as corals.

The food chain is also affected by the reason stated above. Plankton is consumed by many marine species and is the basis of the food chain, therefore if global warming affects its habitat and development because of the acidification, it results in a reduction of its population, the animals that consume it and those that consume the latter. That is the food chain is disrupted and reduces the food availability for sharks.

The theory that global warming has a negative effect on the behavior of the sharks is also under consideration. Since some shark species live in cold waters, the water warming forces them to migrate to areas that are less hot and that may not be their natural habitat. Also, if their natural prey moves to cooler sites, they tend to follow them.

In 2001, there was an increase in the number of shark attacks on US beaches. In 2011 there was also an apparent increase in attacks to people on various beaches around the world, and some people were quick to relate recent heat waves to such attacks.

Perhaps the direct cause for the attacks of sharks is not global warming, and there is not enough research to support the statements on shark-global warming connections. But one thing is sure: rising ocean temperatures with their consequent increase in water levels and acidification, changing migration and feeding patterns, changing mating and breeding areas, and affecting the food chain; All these aspects pose a risk to the survival of sharks.

In conclusion, global warming has made it difficult for sharks to continue surviving. As the temperatures of the water increase, the sharks may move to new locations which can be areas of human activities like fishing, boating or swimming.

Sharks have to travel to find food. Due to global warming, many of their food sources may be in short supply. As a result, they have to travel further and further to find prey.