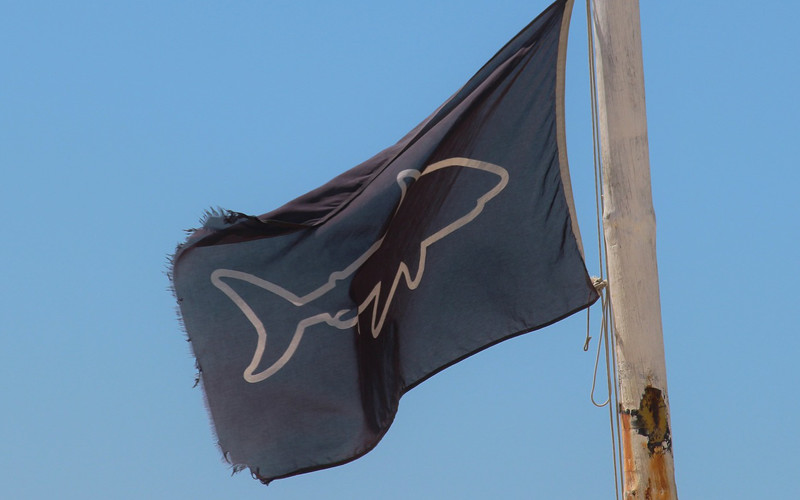 Since sharks roamed the Earth much before humans existed, they already had a long history when people met them. In several cultures that developed near the coasts, men knew them and even had a respect relationship with sharks.

For the people living in the Pacific islands, the sea is part of their daily life and culture. The ancient islanders had various beliefs about the great creatures of the ocean, and one of them represented the shark as a god who guided sailors and fishers. They also believed that this god was a powerful manifestation of their ancestors and symbolized strength, nobility, and power.

Beliefs have variations according to the region, but they share the conception of deity. In some cultures, it is still a subject that deserves respect. A story known in Hawaii relates the adventure of the goddess Pele, who sailed from her home to the islands in a magic canoe accompanied by the shark god Kamohoali’i just to transport the volcanoes.

The native people of Hawaii were very familiar with sharks. To this culture, sharks are a powerful force that deserves protection. There are many stories and legends among their people that involve sharks. In many of them, sharks are gods that protected the people of Hawaii.

It was the Greek philosopher Aristotle who called the sharks “selache,” a name that is still in the superorder that groups the sharks (Selachimorpha). Aristotle explained that the sharks mated together in a way similar to that of dogs, but they joined their bellies.

The Islamic culture was aware of the sharks that inhabited the Tigris River. In his book “The Wonders of Creation and the Curiosities of Existence,” Zakariya Quazwini created a part which included a description of the sharks and the fear they inspired.

Even the Aztecs had knowledge about the danger of sharks. When they went out to the ocean, they placed rows of chilies hanging from their canoes so that sharks did not approach while they were fishing.

In the modern world, they also play a relevant role in our culture. However, the connotations of the word “shark” are not usually good, as they are considered to be extremely dangerous to humans.

The premiere of Steven Spielberg’s film “Jaws” (Jaws, 1975) marked a before and after in the common conception of these fish. The impact of the story of a malevolent, bloodthirsty shark, who ferociously annihilated everything that moved in its path, was massive and still lodged in the collective memory. However, the fear of sharks did not start after the film was released, but it reinforced the feeling although it showed only a small part of the behavior of some species of sharks.

After this shocking representation of sharks is the movie “Jaws” from the 1970’s. Many sequels were made to it as well. This particular film brought the shark into the spotlight for the first time in the minds of many people. However, these movies also evoked terror, and many people though never going back into the ocean after watching the original Jaws movie!

Even for such an early film, Jaws made the shark appear to be very realistic. It was an animatronics shark though and not real sharks. The images were very genuine for the time which made people think of real sharks.

Since then though some other films have come out that show sharks in a better light. For example, there is one in finding “Nemo” that is trying to be helpful and to change the view others in the ocean have of them. He doesn’t want to be seen as a threat or a predator anymore.

In the fun film Shark Tales, a young shark is embarrassed when his family finds out that he doesn’t care to eat meat. He is a vegetarian. It is a great film about being who you are and not what other people expect you to be.

Not all movies about sharks though are fiction. Some of them are amazing documentaries that bring us closer to shark life than we will ever experience in person.

Some of the books that narrate real or fictional stories about sharks are the source of the film Jaws of Peter Benchley, published in 1974. The author took as the basis the events of the summer of 1916, which terrified the people of the east coast of the United States as result of a series of deadly shark attacks. The novel was very successful and became a best seller.

Benchley wrote another book about sharks, called “White Shark” (1994), which had an adaptation for television, but it did not get the same success than its previous book.

There are more books out there about sharks. Some of them are stories with sharks as fun characters in them. Others are more realistic about the actual species of sharks, and some others are pure fiction.

There are many cultural references, but conceptions change over time. Sometimes it is great to look out and see the world through the eyes of other cultures to have a wider view of the world, and in this case, about these fantastic creatures called sharks.