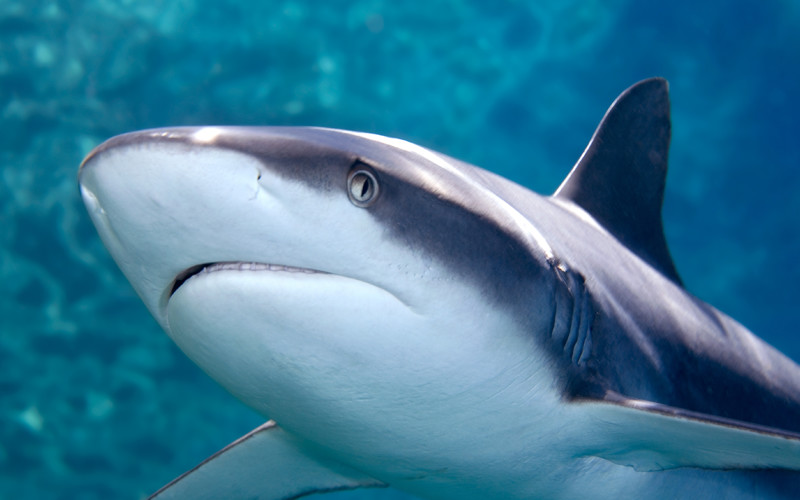 Development of the senses of sharks

Sharks owe much of their effectiveness as predators to their good sensory system. Their senses are not integrated but depend on each other to provide reliable acuity. Sharks can smell thousands of times better than any human being and can detect at long distances chemicals in the water.

The purpose of their senses is mainly survival and, primarily, on the quest for food. While their senses are more sensitive than those of humans, they do not have only five, but one more.

Not all sharks have the same vision capability. Some are more sensitive to light while others have poor sight. Most have a relatively broad field of vision, as in the case of the hammerhead shark (believed to be able to see 360 °). The eyes are not unusual because they are similar to those of other vertebrate animals. They have the “tapetum lucidum” a layer of tissue that protects eyes from the marine environment, and since it is behind the retina, it reflects the light favorably and allows the sharks to have good visibility in dark conditions.

Some species that live close to the surface do not need a particularly sharp vision as their habitat reaches a lot of sunlight. On the contrary, benthic sharks have larger eyes and better vision. By the way, sharks can not close their eyelids, and some can probably see the colors.

Sharks can not close their eyelids, and some can probably see the colors.

Sharks have nostrils that they only use to smell. When they swim, water flows through the nostrils, is introduced into the nasal duct and moves the last folds of the skin that has sensory cells. Some sharks, such as the lemon shark (Negaprion brevirostris), can detect a small amount of blood in the water.

The sense of smell is directional, this means that if the aroma comes from the left side of the shark, the shark first perceives it precisely in the left fossa rather than the right and can detect the location of the source of the smelling.

It is necessary to emphasize that they are very sensitive to odors and can differentiate a prey from another shark and even from a predator and respond in a decisive way to the smell produced by a wounded or fearful prey.

Their sense of hearing is also sharp although they do not have ears, but small openings in the sides of the head and inner ears similar to those of some mammals.

Under the sea, sharks have the ability to hear sounds in a range wider than the human ear and detect the sound source from many kilometers away. This capability is especially useful when hunting because if they listen to the low-frequency sounds produced by injured animals, they do not hesitate to follow the source until they reach the prey and feed on it.

Thousands of dermal denticles cover the skin of sharks, but this feature does not prevent the loss of sensitivity. In fact, under the skin there are numerous nerve endings important for detecting surfaces and some species have a kind of beards around the mouth, necessary to stir the sand in the search for food.

Their teeth are another tool because their stretchy jaws allow a touch of identification. As their teeth have pressure-sensitive nerves, sharks often bite to test and determine whether or not what is touched is edible.

The sense of taste is not as developed as the other senses because it is not necessary to detect prey. However, sharks have taste buds all over the inside of the mouth and throat and not just on the tongue. Before they decide to eat something, they bite a piece and from the taste accept to eat it or to reject it if it is not part of its conventional diet.

This sense is very sensitive to the fat contained in the meat tissues, since many sharks maintain a high-fat diet.

This sixth sense is unique and allows sharks to detect small electric fields.

This sixth sense is unique and allows sharks to detect small electric fields generated by living beings, even if they are hidden or semi-buried in the sand.

The organs responsible for electro-perception are the Ampullae of Lorenzini and each shark has hundreds and thousands of them scattered around the muzzle. The Ampullae connect to the pores of the skin by thin tubes filled with a gelatin-like substance.

It is a system that endows sharks with the ability to detect changes in water pressure. It consists of a set of tubes full of liquid located on each side of the body from the head to the tail. If something approaches the animal, the water enters the pores and flows through the lateral line stimulating the sensory cells and at the same time, alerting about possible dangers.