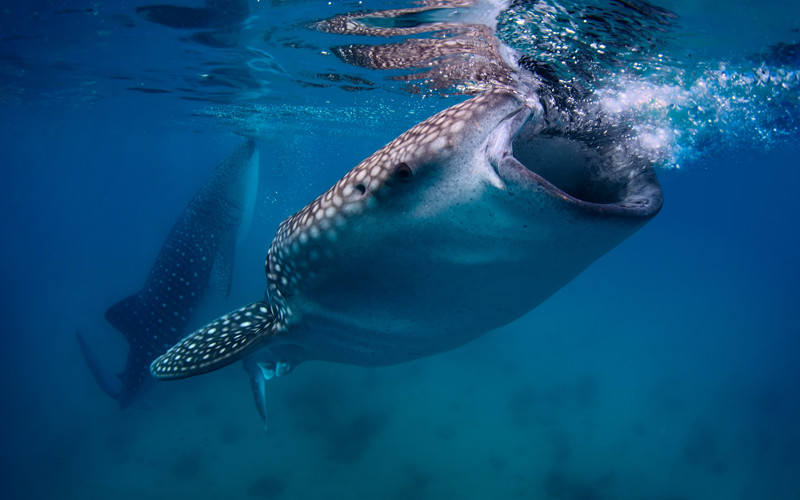 The other side of reality

When we hear the word “slaughter” we mostly think in pigs or cows. However, there are places created for the processing whale shark meat, where they are cleaned, cut into pieces and took their body oil for commercial purposes.

Each year, this places process about 600 whale sharks in China. In this issue, besides from the whale shark, other species of shark are included such as the basking shark, the blue shark, and the great white shark.

They use most body parts for different purposes. They use the fins in soups, and other dishes considered a delicacy and highly priced because of the belief of unconfirmed health properties. The meat is useful in the cuisine of several dishes; teeth are raw material for making crafts that are very attractive to tourists, and the cartilage and oil are components of various medicinal products supposedly with great qualities but

The whale shark is under legal protection throughout the world, but some countries, do not enforce such laws, and the situation seems to be uncontrolled. Japan, for example, is a constant target of environmentalist groups because of the crimes committed against many animal species, especially dolphins, and whales.

To understand why hunting a whale shark is an attractive and profitable business, it is enough to mention that from a single shark, the owners of fishing companies can make up to $ 30,000 USD and there will always be customers. But at what price do they do all this? The whale shark population is just a bit more than seven thousand individuals, not hundreds of thousands, or millions, a reason why this situation is alarming. They got an endangered status in the latest assessment of 2016 in the IUCN (Red List of Threatened Species) but in the short term, their condition could get even worse.

There are reports made by brave investigators posing as customers, who obtained the information to expose them. An example of this was a team of National Geographic in a region of China. This investigation was a work of three years since they first had to gain the confidence of the supplier not to cause any suspicions that could jeopardize their safety. In the video these researchers were able to capture with a hidden camera, the owner of a processing facility of fish oil, explaining freely about the large amounts of oil that are exported annually to different developed countries.

Environmental organizations operate day and night to eradicate this problem, but the participation of society is essential and pressuring on governments to not leave this as an unresolved issue. It may seem very far from us, or we might even think that there are more important things for which to protest, but this can affect us in many ways shortly.

We can help propagate this type of information that we do not see it ever in the news. However, the best way we can help is not buying products that come from the slaughter of these animals.