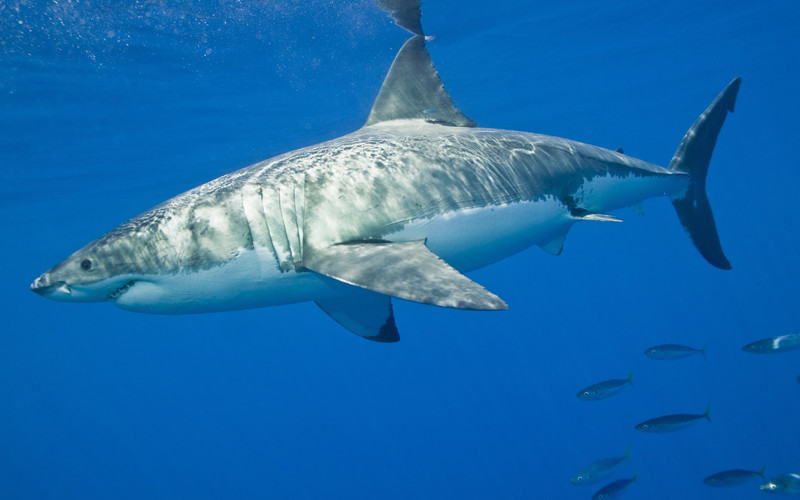 There are more than 400 shark species in the ocean, but they all have the same basic anatomy. This astonishing anatomy masterfully designed by evolution is what sets sharks apart from other types of aquatic life including whales and dolphins.

Understanding the shark anatomy will give you a glimpse of the evolutive adaptations that have made sharks the flawless predators they are today.

Despite there are hundreds of shark species, it is possible to describe some general characteristics that distinguish them from the rays and chimeras, their closest relatives.

While it is true that most sharks have a fusiform body, not all are like this. The body of sharks comes in a variety of sizes, shapes, and colors and it is sometimes difficult to recognize a shark from other similar species.

All sharks have cartilage skeletons instead of bones.

Their highly developed senses are the most important anatomic structures of sharks.

CARTILAGE INSTEAD OF BONES.
The skeleton of the sharks is mainly cartilaginous tissue, that is, it is made up of cartilage. Thanks to this condition they stay buoyant and can float. Otherwise, they would sink because of the lack of swimming bladder.

All sharks have cartilage skeletons instead of bones; this is very different from humans and most types of land animals. This cartilage skeleton is what allows them to move at unbelievable speeds through the water. 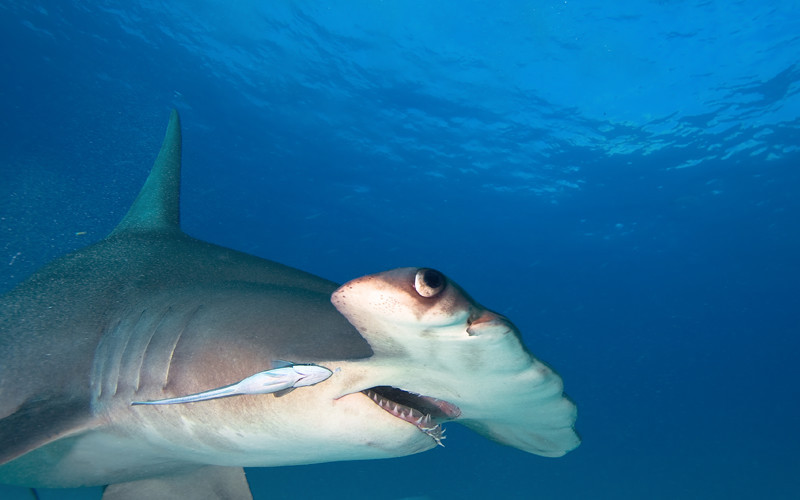 SKIN WITH DENTAL DERMICLES.
Since sharks do not have bones, they rely on the dermal denticles that cover their skin to help them keep the right shape.

The texture of their skin is rough since it has small scales similar to teeth, called dermal denticles. The aligned structure of these denticles is useful for channeling water over the body and minimizing frictional resistance. The denticles grow throughout the life of the sharks as they grow.

Dermal denticles also reduce friction to water making easier to swim and save energy; these structures also help to protect the shark skin from injuries and several elements in the water.

Sharks don’t have the jaws attached to the skull.

JAWS & TEETH
Sharks don’t have the jaws attached to the skull. Instead, they move as separate parts. The upper and the lower jaw can work independently without the other. This versatility provides sharks with a very powerful pull and latch onto what they want fiercely.

Sharks have many rows of teeth, and its shape depends on the shark’s diet.

Shark teeth are extremely sharp as most sharks are meat eaters. They can rip through flesh and bones instantly without any struggle at all. Sharks lose their teeth all the time, and one from the row behind moves forward to replace it, so they are always geared with a full army of them to attack. They can lose their front row of teeth every couple of weeks to a month. Therefore, a shark will have around 30,000 teeth in its lifetime.

EFFICIENT LIVER.
Just like humans and many other animals sharks have a liver. They use it differently, though. Shark liver can store oil in it for a very long time.

The oil stored helps sharks to eat less often. Sharks can survive with this oil reserve for weeks, months, or even a year before they have to feed again. Once the level of oil in their liver gets decreases, they get back to hunting. A shark never depletes the stored oil in its liver.

TAIL
Each species of shark has a unique tail design; this has to do with the overall size of the shark as well as the purpose of the tail. In many instances the tail allows sharks to move very fast in the water. Other tails help balance their movements so that they can glide along gracefully.

Tails give them the ability to make flexible movements, so they take advantage of their cartilage skeleton.

The anatomy of a shark resembles the design of an airplane; they have a tail and the wings to help balance everything and to give it speed and while there is no evidence that the dynamic design of airplanes came from the shark anatomy it does make sense. 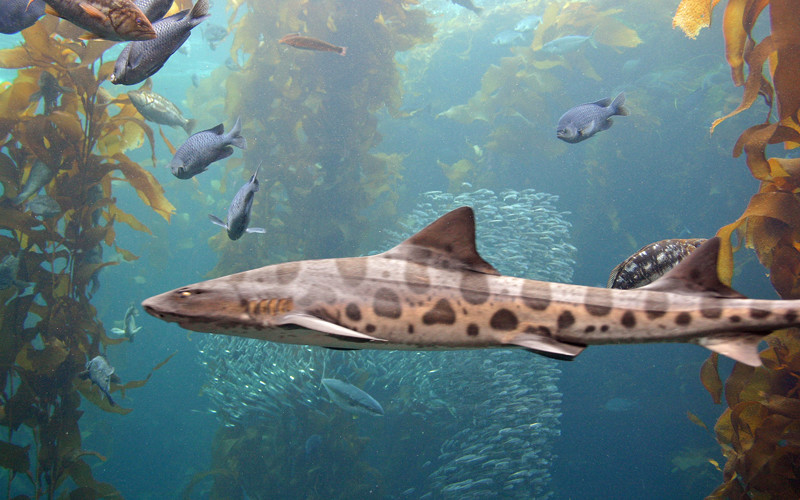 The body of sharks has three parts: head, trunk, and tail. Let’s see their characteristics:

The body of sharks has three parts: head, trunk, and tail.

HEAD
1.-Nassal openings.
Located under the snout, they contain a pair of olfactory sacks necessary for the detection of odors. When a shark swims, water flows into the nostrils and enters the olfactory sacs, so they can detect smells at a great distance.

2.- The Ampullae of Lorenzini.
They are groups of sensory pores that cover most areas around the mouth and nostrils, which can detect the electric fields produced by the movement of other animals.

3.- Eyes.
Sharks have a pair of eyes located on the sides of the head to see forward, backward, upward and downward. Each eye has an upper and lower eyelid, but they have no protective function. In contrast, some species have a nictitating membrane to protect their eyes.

4. Gill slits.
They are openings located behind the head. The gill slits extract oxygen from the water and release that water with carbon dioxide. The number of gill slits is variable, but they have between 5 and 7.

5.-Spiracles.
They are holes behind each eye of the shark, which are used to supply oxygenated blood to the eyes and brain. Some species lack them or exhibit reduced spiracles.

6.-Jaws.
Sharks have two movable jaws attached to the skull by muscles and ligaments. Both can move forward and backward.

7.-Teeth.
Almost all sharks have several rows of teeth in each jaw, but they are not fused to it so throughout their life the teeth fall and re-emerge. A fallen tooth is usually replaced within 24 hours.

TRUNK
8. Pectoral fins.
Cartilage rods support all fins. This pair of fins is behind or below the gill slits. They provide lift and are useful when the shark turns during swimming.

9.-Dorsal fins.
Most sharks have two fins along the dorsal line, the first larger than the second, which stabilize their movements. If they have 2, they are called the first and second dorsal fins, but not all sharks have the second.

Most sharks have two fins along the dorsal line, which stabilize their movements.

10.-Pelvic fins.
This pair is located on each side of the back of the body and also work to stabilize the shark’s swim. The males have an extension at the inner edge of the pelvic fins, which make up the claspers.

TAIL
12.- Precaudal pit.
It is the posterior narrow zone that joins the caudal fin with the rest of the body of the shark.

12.-Caudal keel.
It is a lateral crest located on the peduncle that supports the caudal fin. A shark may have 2 or more keels.

13.-Caudal fin.
Helps propel the shark. In this link, you can know in depth the information on the different types of fins.